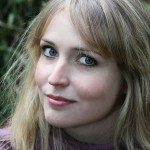 Octopus Parties is created by Johanna Andersson in 2011. Since then Johanna has provided successful parties for birthday parties, nursery’s, schools and companies such as Holiday Inn & Bentalls Centre. Johanna has a degree in musical theatre. She has over ten years experience working with children from nursery to primary school, nanny and carer for special needs children. She also runs YOGA CUBS- creative fun yoga for children and Johanna Lovisa Yoga for adults. In 2016 she gave birth to a baby boy and is now back full time juggling and enjoying parties, yoga and motherhood!

Johanna was born and raised in the south of Sweden, moving to London in 2004 to continue her musical theatre career.  Johanna’s interest in children’s development, health, theatre, dance and song; her passion is to introduce children to a memorable, inspirational world of imagination!

Emma Beckett comes from a Musical Theatre background and has been working as an entertainer since 2007. Before that she worked with children as a dance/drama teacher and child minder.

Emma enjoys themed parties, with her sparkly, energetic characters she is a great asset to Octopus Parties.  Emma is also a great Face painter & balloon modeller!!

” I just wanted to let you know that Emma did a wonderful job at Libby’s party on Sunday. She managed wonderfully to keep 17 young children completely entertained for 2 hours and Libby was very very excited that the ’real Rapunzel’ had made it to her party!” Thank you so much.” – Mary- Jo, Clapham February 2014

”Thank you for joining us on Saturday and dancing with kids in a really magic way. It was such a relaxing party for parents and kids were so excited to dance with you!” Anna – Earlsfield,  January 2014

Octopus Parties provides other Fantastic  Entertainers when Johanna and Emma are fully booked too.

”Just to say another very successful party. Please say thank you to Shanette who did a wonderful job as Sally Safari.  She kept the children wonderfully entertained.  Roll on the next party in October….”  Ros – Southfields March 2015 Returning customer 3rd booked party.

”Just wanted to pass my thanks to you and to Fran who came yesterday to entertain at girl’s birthday party.  She was brilliant and kept the girls entertained and enthralled throughout the party. It was one of the most relaxing children’s parties I’ve ever done! The two birthday girls had a ball and felt really special on their special day” – Nicole,  Thames Ditton March 2015

DANCE and YOGA parties for children and teens. Contact us for more info.